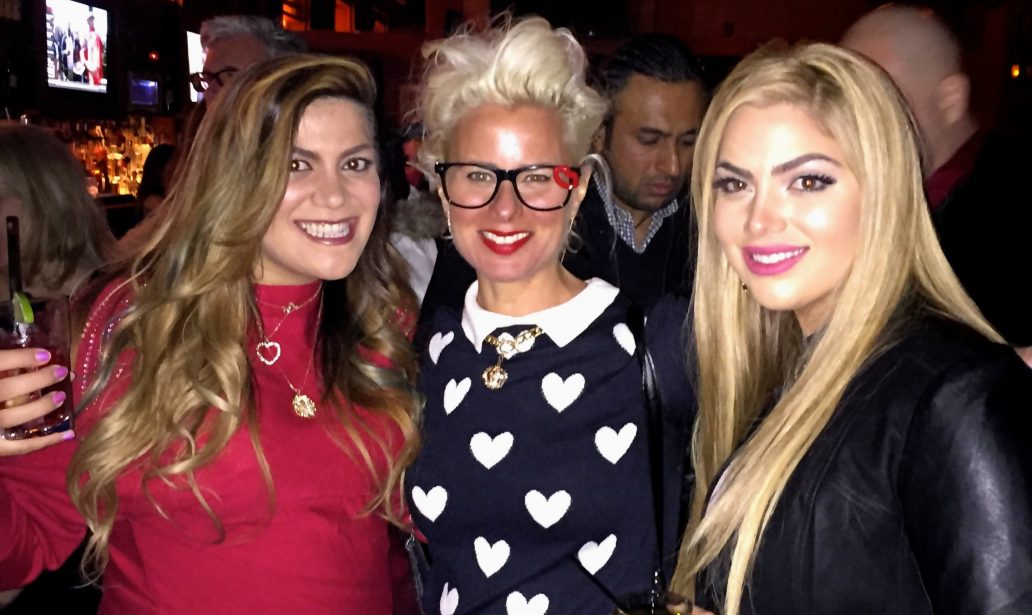 [vc_row][vc_column width=”1/1″][vc_column_text css_animation=”right-to-left”]We celebrated Valentine’s Day by attending fellow friend and entrepreneur, Lori Cheek’s, mobile dating app launch party in New York City. There is so much that could be said about Lori, but we’ll keep it simple: SHE IS AWESOME! Many people know her from her very popular appearance on ABC’s hit show, Shark Tank, but it’s not until you meet her in person that you truly understand just how amazing of an entrepreneur she truly is. Many people watched the famous sharks tell her on national television to give up on her dream of building this business and walk away. In true entrepreneurial spirit, Lori didn’t listen to the sharks (teaching us all NOT to listen when the critics tell us to give up on anything we are so passionate about). Instead, she revamped, reinvented, and relaunched her business in another medium. She left behind her original idea of the dating cards and decided to develop a mobile app (which we LOVE and highly endorse for it’s brilliance and long-term potential).

Lori herself is an inspiring, warm, down to earth, fierce, driven, and very independent women. She also has a great sense of style (see below), as well as a great sense of humor (which you need, as an entrepreneur). What inspires us the most about Lori is her gusto, drive, and ambition. Lori Cheek is one determined woman! She embodies and exudes enough confidence to simultaneously dominate and light up a room. Her persistence, devotion, dedication and passion for her start-up is refreshing and contagious. The first time we met Lori in person, after being internet buddies for awhile, she preached her ‘never give up’ philosophy with such authenticity and sincerity, that we immediately fell in love with her. She also gave us some advice about going after opportunities and accepting opportunities that come our way. She told us to ALWAYS SAY YES. There is so much we as female entrepreneurs can learn from Lori’s spirit and drive. She has been her own publicist and champion since the beginning, landing herself in the New York Times, Wall Street Journal, Huffington Post, Success Magazine, Inc. Magazine, and Forbes Magazine, just to name a few.

Lori Cheek doesn’t sit on her butt and wait for people to notice her, acknowledge her, or even encourage her. She goes out there and throws herself into the center of it all, knowing very well, people may reject her, criticize her, and ignore her. She doesn’t care because she believes in her entrepreneurial journey and her start-up. Her commitment is so inspiring because oftentimes, we (Esendemir Sisters) and other female entrepreneurs end up being made to feel guilty for devoting so much of ourselves to our business and our passions. It was such a pleasure to meet a fierce woman who is just as determined to make things happen for herself as we are.

Lori’s mobile dating app, Cheekd (aptly named after herself), is simple to use and utilizes bluetooth technology to tell you when connections are nearby. It’s a refreshing and interesting take on dating because it acts more like a connector than a ‘let me look at your photo and decide if I want to hook up with you’ app that is the prevalent characteristic trait of other mobile dating apps. The app is beautiful and user-friendly. Here’s to watching Lori Cheek kick butt in the tech world while inspiring other women to go after what they want, never give up, and remain committed to their passions!